Condensation is produced when warm moist air comes into contact with a cold surface. Air contains various amounts of water vapour; the capacity is dependent on the air temperature. The higher the air temperature the more moisture it is able to retain, once the air comes into contact with a colder surface, (such as window or mirror), the air is unable to retain that same amount of moisture, which then leads to water being released in the form of condensation.

Atmospheric moisture is released into the air as a result of various day to day activities, such as cooking, bathing, washing and drying clothes, a typical household of 4 occupants can generate between 15 and 20 litres of water per day and without suitable heating and ventilation, this can become an ever persistent problem.

Condensation is a condition that affects many homes both new and old and has probably become the major cause of environmental dampness within a property.

Condensation commonly occurs in homes which are poorly heated, ventilated and insulated. The effects of condensation are more commonly noticeable between October and April as the outside temperature is considerably lower than inside.

The problems of condensation can result in the unsightly deterioration of decorative finishes such as staining and mould colonisation, damaging wallpaper, wall surfaces, window frames, ceilings, furniture and clothing.

All Biocraft South West surveyors are CSRT and CSSW certified, possessing a wealth of expertise in industry standards.

The development of mould is the most common defect that is associated with condensation.

Mould growth may appear in different colours i.e. black, white, yellow or green and is dependent on the type of mould and surface upon which it is found.

Black spot mould (Aspergillus niger or Cladosporium spp) forms pyramid profiles in the corners of walls together with the wall/floor and wall/ceiling junctions.

Moulds are hydrophilic fungi which mean they require high levels of surface moisture in order to germinate.

Capillary held dampness such as that which originates for rising damp is not sufficient to cause mould growth. 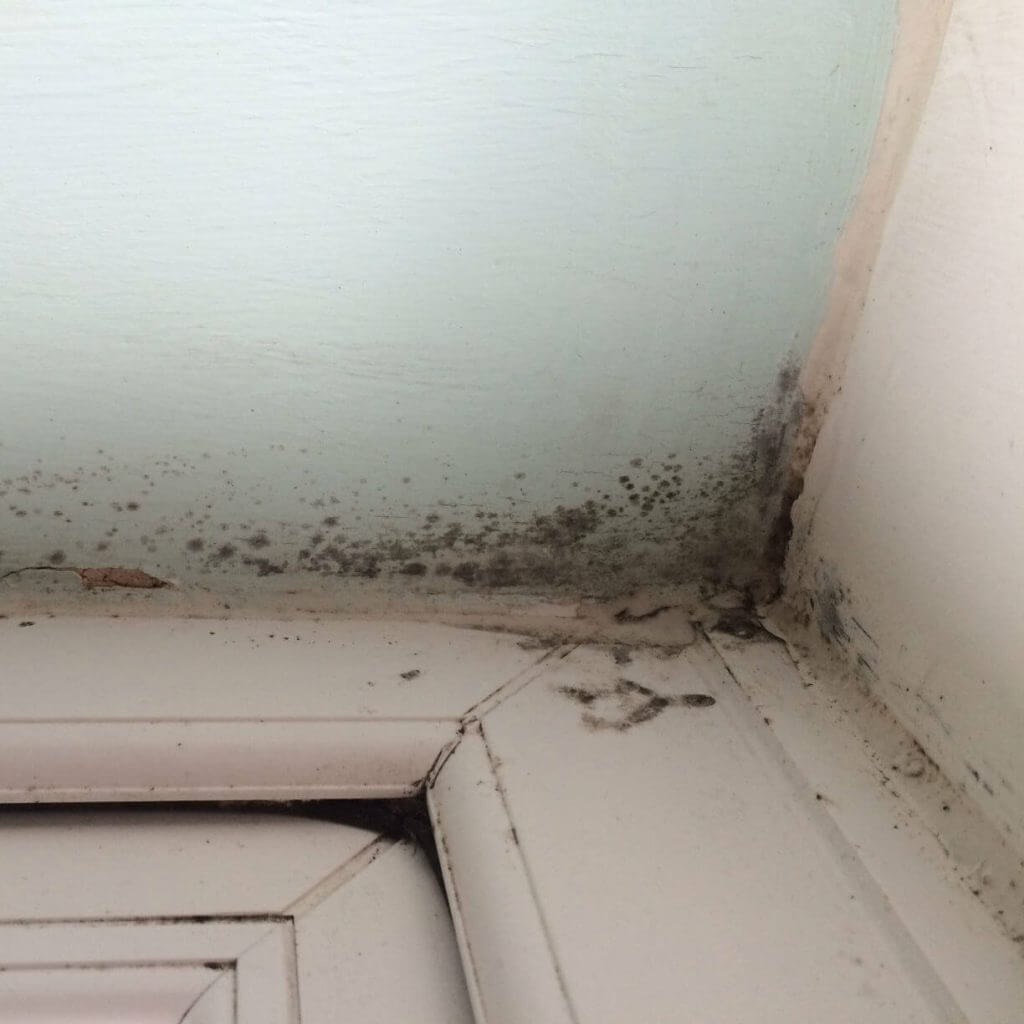 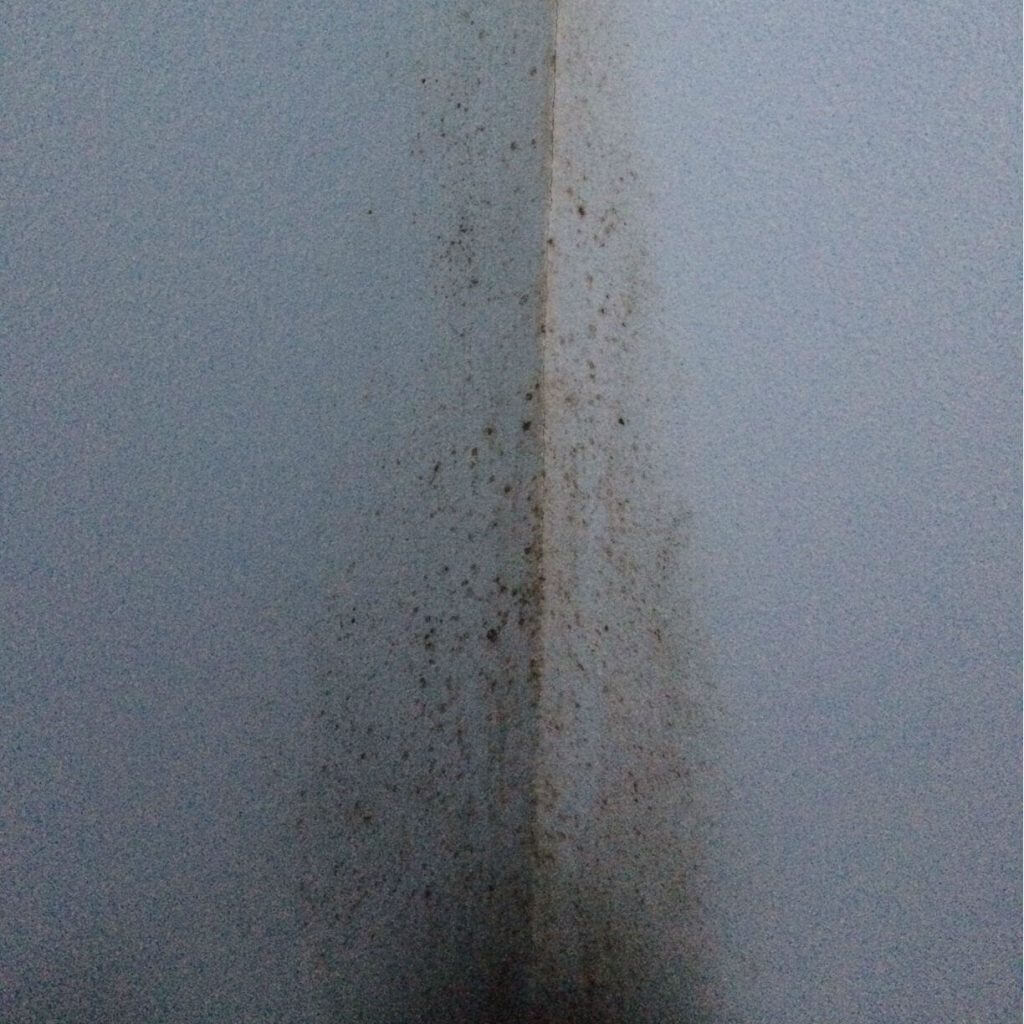 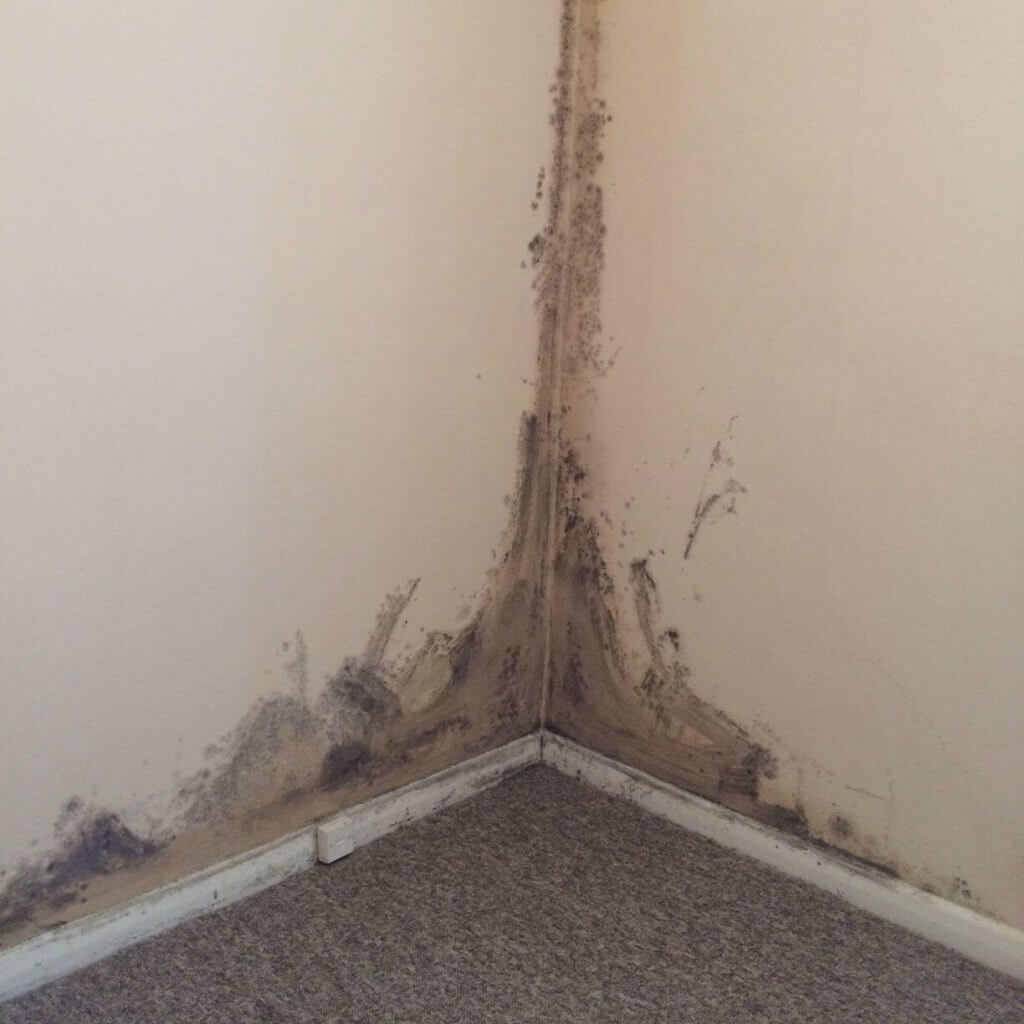 The presence of mould is usually a clear indicator that there is an atmospheric moisture problem within the property and therefore can prove a useful tool in correctly diagnosing a damp problem.

Biocraft South West is an established damp proofing company, with extensive knowledge in the cause of condensation and the successful control measures proven to eliminate the problem.

To arrange a survey of your property or for further information regarding condensation control methods contact us today. We cover Wiltshire, Somerset, Oxfordshire and Gloucestershire. 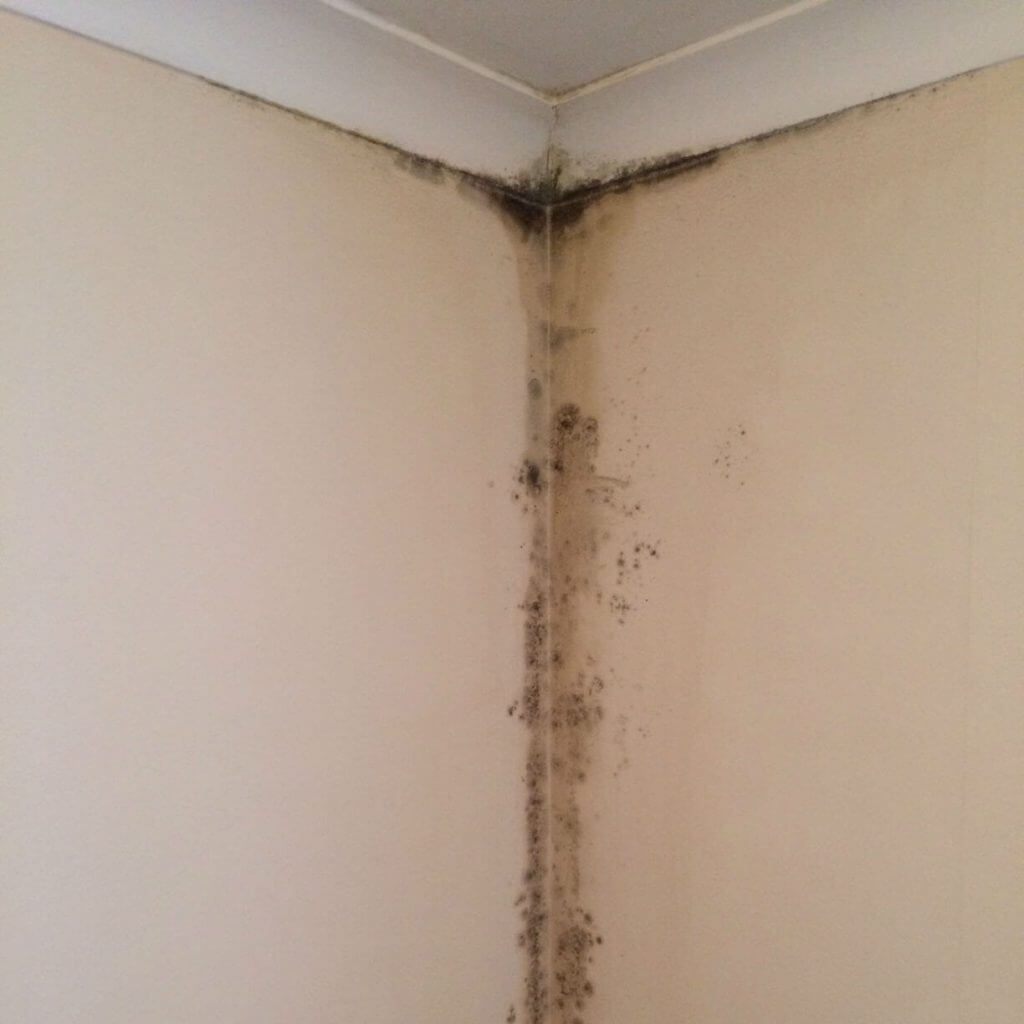 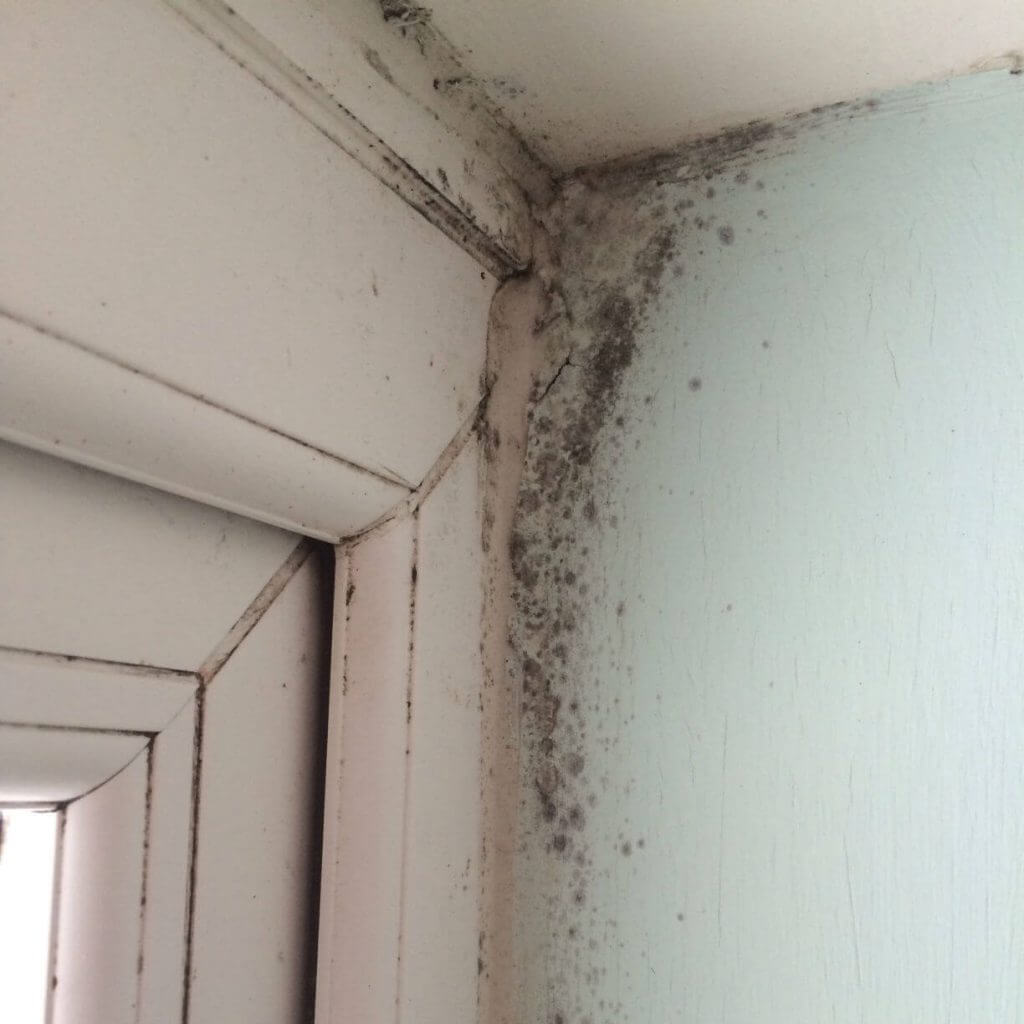 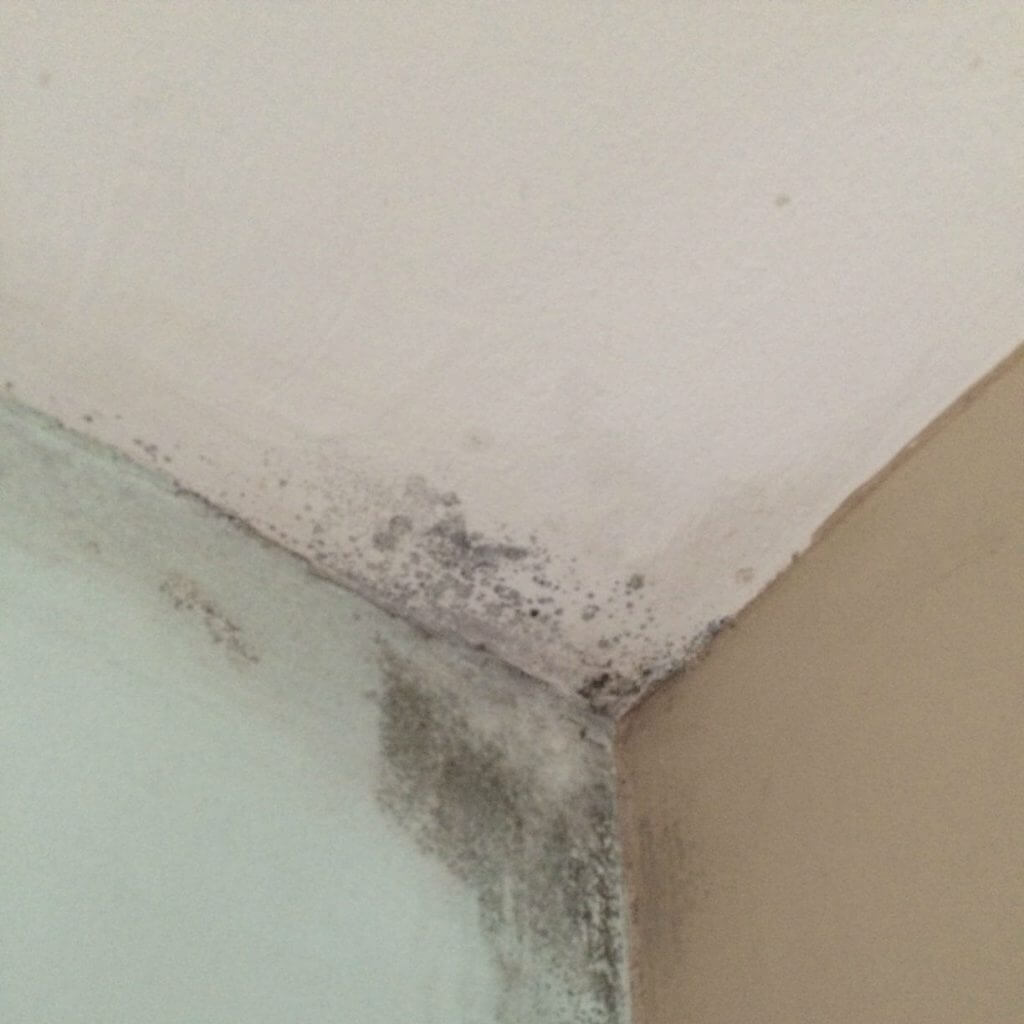